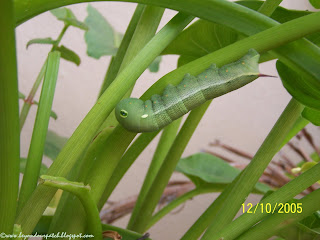 This photo was taken while at Highfields, South-East Queensland on an Arum Lily Plant.