We went on a tour of Cooper Creek in the Daintree National Park, Cape Tribulation in the hope of seeing an Estuarine Crocodile in the wild.  It poured rain the whole time we were on the tour, making visibility poor.  Despite this, we saw a few birds and could still appreciate the beauty of the Daintree National Park and Cooper Creek, winding through the thick mangroves, that has been luckily void of development.  After a while, the tour host announced that he was quite dismayed that he couldn't spot any crocodiles on the tour, much to the group's disappointment... that was until Brendon spotted two in close vicinity to each other near the creek's bank - he has great eyes for spotting camouflaging animals!  We were able to get a good look at these massive croc's and attempt a few photos through the rain.  The tour was fantastic and we loved that it was just to observe the wildlife, not to entice them to the boat - it was a good fit for our wildlife ethics. Would love to do it again when the weather is better.

The cruise we went on, is the only tour permitted in the Cape Tribulation section of the Daintree National Park.  More info can be found here:  http://www.capetribcruises.com/cruises.html 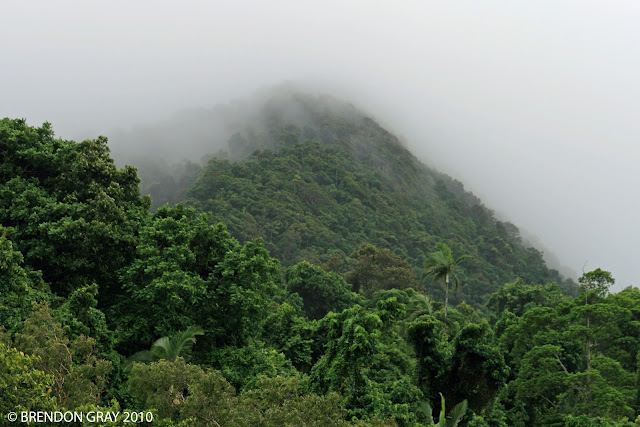