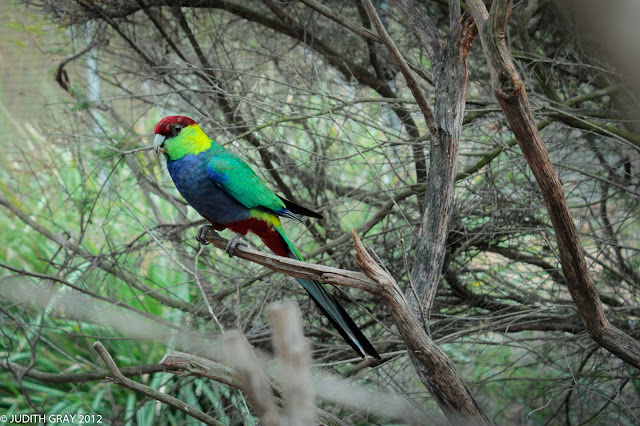 We visited Rainbow Jungle Parrot Zoo while staying at Kalbarri on holiday, on recommendation from my in-laws who had been previously.  They had visited and absolutely loved the zoo and all of the birds and thought since we were keen bird-watchers and wildlife carers that we would love it too. 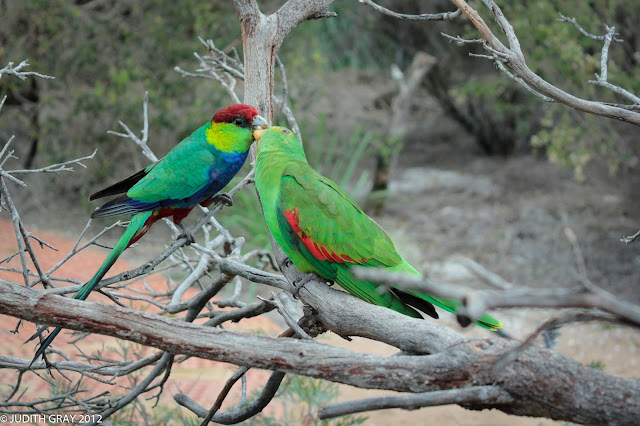 I have to be honest and say that our views on Rainbow Jungle are conflicting. The Zoo is made up of a variety of sections, and there is one enormous large flight aviary/area in which shrubs are growing and plants and plenty of the Australian Parrot species fly freely and visitors can walk around observing and photographing the birds at close proximity without the interference of aviary wire which was good and quite enjoyable.  Brendon particularly loved this part and liked the large open space and the fact that the parrots had plenty of fresh food, fruit and veggies to eat.  I think honestly this was the section also that my in-laws enjoyed as well. 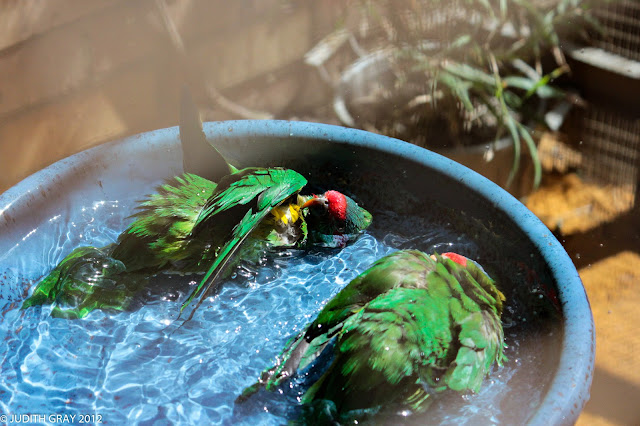 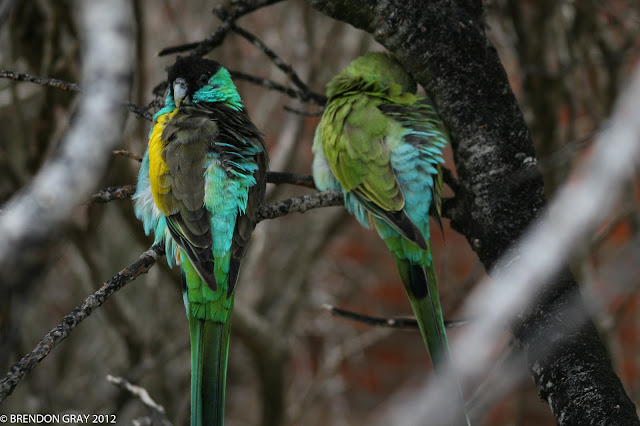 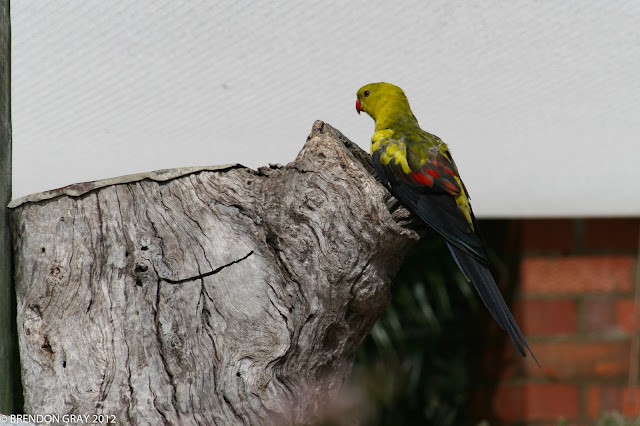 After you have visited this section, and wind your way through the zoo, it kind of goes down hill and becomes rather depressing.  Large majestic birds like Scarlet Macaws and Blue & Yellow Macaw's, Australian Cockatoos were all in dismal brick aviaries that were way too small for the birds sizes, leaving limited flying space and they were also without any native foliage to chew away on.  I just felt terribly sorry for these beautiful large birds, whom have the ability to fly great distances with their wide wing spans, and love nothing more than to chew up some branches.  This is of course my own personal opinion, but I felt with the space available, the Macaw's could have had a much larger and nicer enclosure with little effort really.

As you go past the last of the caged birds, you come to an open garden area with a large lily pond and water features, in which we saw a marshfrog swimming and waterlilies were in flower.

As you head to the back of the zoo you come to the Whale Watching Tower, which was without a doubt the highlight of visiting Rainbow Jungle Zoo.  The tower was fun to climb and the views were spectacular overlooking the Indian Ocean and back towards the town centre of Kalbarri.  The kids loved the tower and being able to witness whales performing in the ocean right in front of us was something we will never forget.  If you go to photograph the whales, remember your zoom lens for your camera as the ocean is still some distance from the tower.

In conclusion, I would still recommend a visit to this little bird zoo if you have spare time when at Kalbarri. Children will particularly like it and I guess supporting it helps it continue to have the birds cared for.  I do hope that the enclosures for the large birds are reviewed so they can fly greater distances and that they are given foliage and branches to chew on to keep them entertained.