Posted by Judi Gray on July 02, 2014
Today we visited a small patch of remnant bushland at Charmaine Court, Kleinton.  There isn't any signage or official name/title of this patch of bushland that I can see or find but it has been identified as dry rainforest. There is a rather small old broken sign at the front that shows that there had been a Bushcare program funded by the Natural Heritage Trust that was performed at the location in the past (I note that this same sign is present on the google maps street view from 2008).


This small bushland area was protected by the Crows Nest Shire Council when the planning for the surrounding sub-division was created some years ago, thus preserving this small patch of dry rainforest. The area is known for it's beautiful Leopard Ash Trees and an adjoining street is named after this tree species which is only found in dry rainforest and inland vine thickets in Queensland.  (More info about the Leopard Ash Trees at the Charmaine Court  Bushland Reserve here at the Toowoomba Plants blog).   The area is relatively small and can be found at Lot 31 Charmaine Court, Kleinton, off Kleinton Road, just north of Highfields.  The reserve backs onto Meringandan Road and the perimeter of the reserve is mowed so that walking it and viewing bird life, butterflies and plants from the edge is easily accessible and achievable.  There is a very short walking track through the centre of the reserve, for which the entry can be found on the western side of the reserve.

While relatively small, this little patch of bushland was alive with the sounds of small birds and there was evidence of echidnas and bandicoots with a massive amount of upturned dirt and holes through out the area and the surrounds where these little animals have been foraging for food.  I was really pleased to see that such ground dwelling animals still exist in an area surrounded by suburban homes.  Unfortunately the tranquil feel of the area did lose some of its serenity with many large dogs barking constantly in yards of the surrounding properties during our visit. 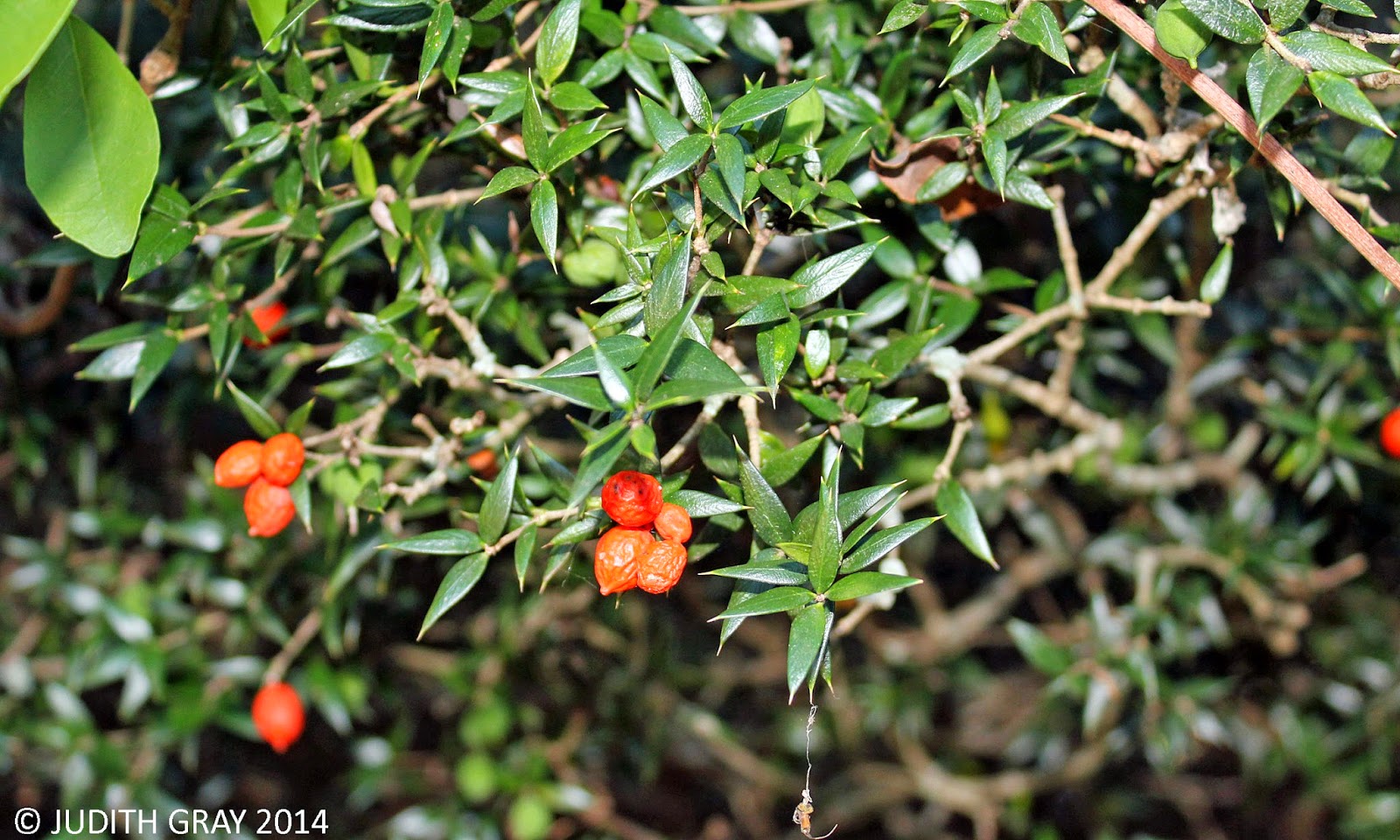 During the short walk around the perimeter and through the track through the reserve at Charmaine Court we saw a variety of birds including a beautiful male Golden Whistler, Double-bared Finches, Brown Honeyeaters, Superb Blue Wrens and Striated Pardalotes to mention a few along with at least 5 types of butterflies and moths, so I presume there are plenty of host vines and plants for butterflies within this bushland area.  While I am still learning my plants, I did recognize the Red Olive Plum (australe var.australe) and a few other familiar ones which I will have to get correct ids for before mentioning.

As a point of interest, when I was doing long-distance running a few years ago, I used to run at times past the northern side of this bushland reserve on Meringandan Road and witness Striated Pardalotes entering hollows in the dirt sides.  The road has been cut through the small hill on which the bushland sits and the sides of the road cutting are a brilliant pink/red soil that is home to many "holes or tunnels" created by the Pardalotes in which they will lay their eggs and raise their young.  Today, on checking, I was thrilled again to see these beautiful little birds darting in and out of these holes in the embankment that they call home (on a rather busy stretch of road), but alas I wasn't quick enough with the camera to capture a photo!