Posted by Judi Gray on January 02, 2015
We have had The Palms National Park on our "to visit list" for a few years now, but after recently reading a wonderful blog article written by Robert Ashdown on the history and current status of the park, we moved it to the top of the list and chose to visit it on New Years Day 2015.

The Palms National Park is rather small in size compared to most national parks, however it does not decrease it's value and content.  The park is an unexpected sight amongst surrounding cleared farm grazing land.  On the day we visited, it was overcast and the sounds of thunder threatened rain, which made for a cooler climate to walk though the park, but lessened the amount of wildlife that we saw.   We were however thrilled to see two newbies for us which were the beautiful Green Catbird and the Spectacled Monarch. There were The Grey-headed flying foxes were entertaining to watch and the walk through the National Park was picturesque with plenty of flora to see. 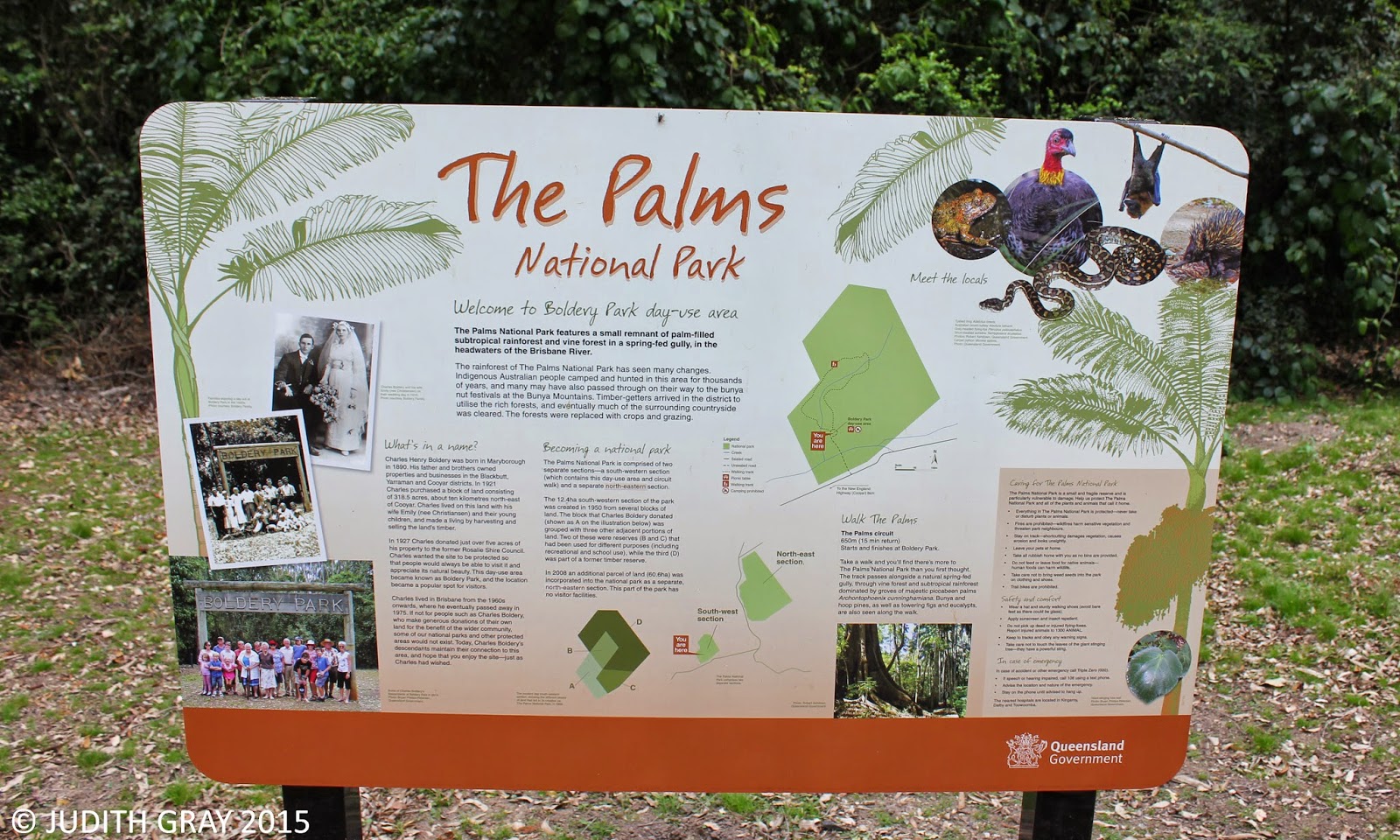